(BPT) – Mexico is a top export market for American corn growers. Soon, due to a new decree, this relationship could change, and it would have an economic impact on American agriculture.

Mexico’s President Andrés Manuel López Obrador issued a decree on December 31, 2020, that announced Mexico was phasing out the use of genetically modified corn for human consumption and banning the use of glyphosate. The goal is to help Mexico achieve self-sufficiency and food sovereignty. The decree calls for the phasing out of GM corn by January 2024.

“It’s a serious threat to American agriculture,” said Kevin Ross, a sixth-generation corn grower from Minden, Iowa, and chairman of the board of the National Corn Growers Association. “It’s something we haven’t seen before in our relationship with Mexico.” Additionally, high-level government officials in Mexico have put together a list of 80 crop-protection products — including atrazine, 2,4-D, neonicotinoids and pyrethroids — that Mexico considers hazardous. The products could be put on a ban list.

Currently, 2,000 delayed pesticide registrations are awaiting approval in Mexico. “These delays have created an estimated $500 million loss in U.S. sales of crop protection products from 2015 through 2019,” said Mary Kay Thatcher, senior manager of Federal Government and Industry Relations at Syngenta.

Mexico provides a major market for U.S. corn, and policies that potentially impede this are concerning. “Mexico has been one of our most reliable markets for corn and is almost always our No. 1 or No. 2 export market,” said Rosy Brummette, manager of public policy for NCGA.

During the 2018-2019 marketing year through April 2020, U.S. corn exports to Mexico accounted for nearly 40% of total U.S. shipments and hit record-high values, according to the U.S. Department of Agriculture’s Economic Research Service. In addition, the United States supplied 96% of Mexico’s total corn imports in 2018-2019.

Of the 20.4 million metric tons of corn Mexico imported from the U.S. during 2018-2019 marketing year through March 2020, 95% was yellow corn, according to ERS. To replace these imports, Mexican farmers would need to dramatically increase domestic production.

This approach provides important benefits for Mexico, where more than half of its citizens live in poverty. Since Mexico is a feed-deficit country, U.S. corn imports help feed poultry and swine, providing protein sources that boost the food security of the Mexican population.

Despite Obrador’s decree, there have been no trade disruptions yet. “In fact, U.S. corn exports to Mexico have increased in the past year,” said Cary Sifferath, senior director of global programs for USGC.

Agriculture and agribusiness leaders, including Syngenta, are working with the Office of the U.S. Trade Representative, the USDA and industry partners to challenge Obrador’s decree. Thatcher said there are, unfortunately, unique complications since no one has yet been nominated, let alone approved, to serve as the USDA Undersecretary for Trade and Foreign Agricultural Affairs.

She adds that no one is currently serving as Chief Agricultural Negotiator for USTR. “The World Trade Organization’s Dispute Settlement Body has essentially been nonexistent since the fall of 2020,” Thatcher said. “We must resolve the Mexican trade dispute. Ensuring that major export markets are willing to buy U.S. grain lets us continue developing new technologies that benefit farmers.” 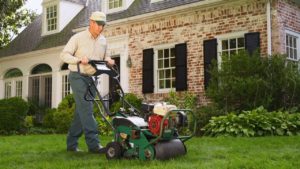 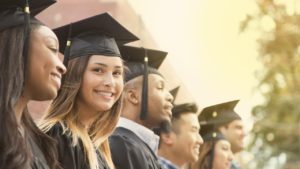 Being prepared for life’s milestones means planning ahead with insurance

Cozy Up This Winter with a Festive Hot Chocolate Board [Video] 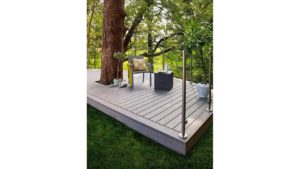 Deck out your yard: Tips for building a ground-level deck